The Passing of Jack Welch 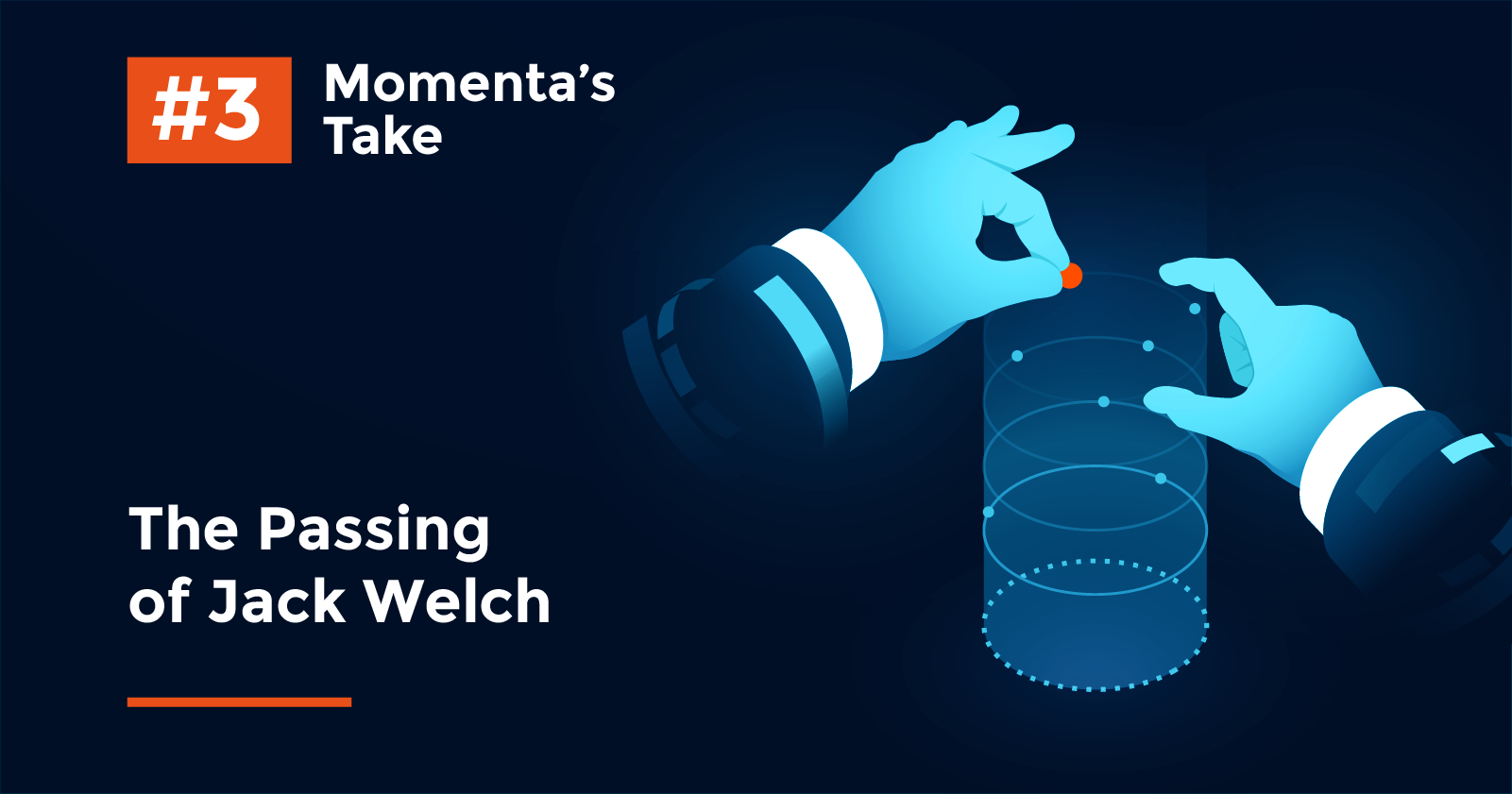 On March 2nd, Jack Welch, former General Electric (GE) CEO, passed away at the age of 84. Welch’s 20-year tenure as GE CEO began in 1981 and culminated in 2001. Born in Massachusetts in 1935, Welch’s career began at GE in 1960 where he worked as a chemical engineer (a field in which he held a PhD) in the plastics division. Under Welch’s direction, GE’s value grew from $13 billion to over $400 billion.

One of Welch’s well-known business tenets was the concept of the “boundaryless” organization. The term – coined by Welch himself in the 1990s – was used to espouse the idea that to be best positioned for success, enterprises must break down departmental silos and embrace internal and external collaboration.

This, of course, is a philosophy that is key to our work at Momenta Partners. We believe that the traditional, siloed way of organizational operation impedes the advancement of industrial digital transformation. If enterprises and supply chain partners would more readily embrace Welch’s “boundaryless” philosophy, they’d be better positioned to adapt and benefit from emerging technological capabilities like data analytics and IIoT.