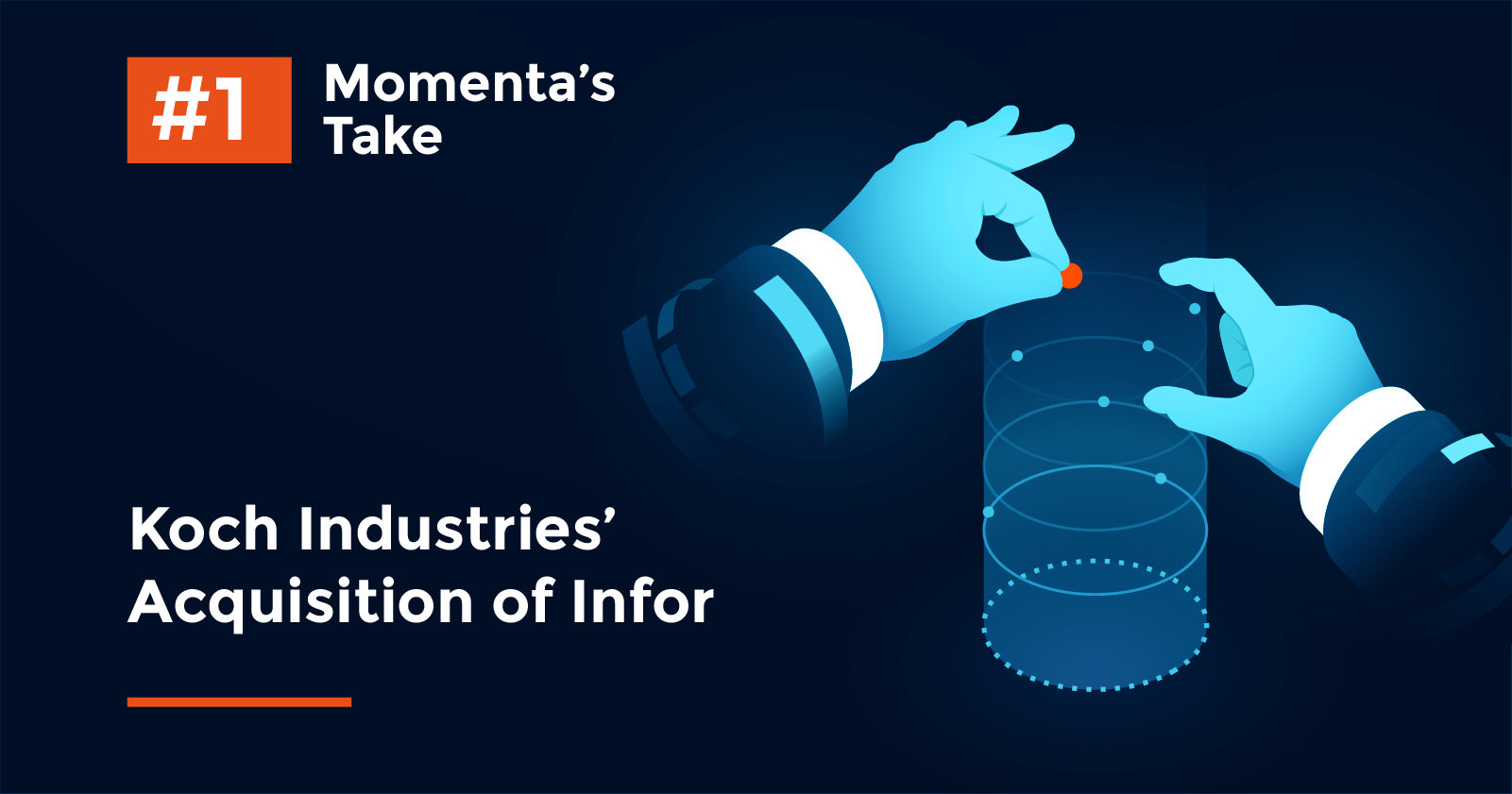 On February 4th, Koch Equity Development LLC, the investment division of Koch Industries, announced that it has agreed to wholly acquire Infor, a leading cloud enterprise resource planning (ERP) software provider. Koch currently owns around 70% of Infor equity and is set to purchase the remaining 30% from Golden Gate Capital at a valuation of roughly $13 billion (according to Barron’s), or around four times its most recent reported annual revenue of $3.2 billion (fiscal year ending April 30th, 2019). Infor will operate as an independent subsidiary of Koch after the deal closes later this year. Koch’s previous investments in Infor include rounds of $2 billion and $1.5 billion in February 2017 and January 2019, respectively. The acquisition marks the end of an 18-year period of Infor ownership by Golden Gate Capital which included 60 acquisitions folded under the Infor banner. Infor employs 17,000 people and has more than 68,000 customers in over 170 countries.

This is considered a strategic investment by Koch, one that allows the industrial giant to leverage Infor’s digital capabilities both in their own operations and in creating client-facing growth businesses. In that sense, it is not unlike the investments GE made in its digital subsidiary in the past 10+ years. The primary difference being that GE initially made its large digital investments with the explicit goal of creating a growth engine generating Silicon Valley-like returns. [Note: GE has since changed that strategy and reigned in expectations under new CEO Larry Culp.] Infor’s relatively modest growth (mid-single digits) over the past five years would suggest that Koch does not have the same ambitions. If they do have plans to significantly boost Infor’s growth rate, they will need to be prepared to make substantial additional investments – both organic and inorganic – to get there.

For Infor’s existing customers, Momenta considers the acquisition a positive. Koch is a large, private industrial conglomerate with deep pockets and a reputation of investing for the long term. The only real question is the extent of which Koch, given its industrial DNA, understands how to manage digital innovation. The track record of other large industrials which have acquired and/or tried to build software businesses is not promising. That said, the early indications are that Koch intends to maintain Infor as an independent entity and give it the room necessary to innovate and grow. Momenta will be monitoring the acquisition and what happens next to see how Koch manages it.