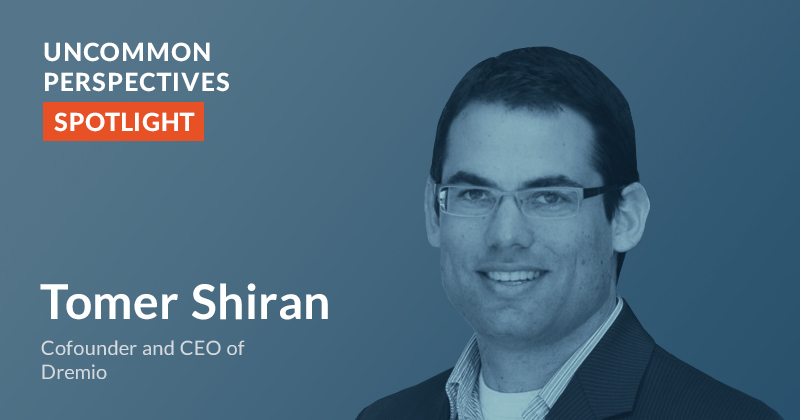 This series highlights the key insights and lessons from our Digital Leadership series of podcasts. We spotlight the important takeaways from our interviews in an accessible format. The following insights come from Tomer Shiran, Co-Founder and CEO at Dremio. Stay tuned for the full podcast interview with Tomer Shiran, in the meantime, take a look at our full library of podcasts.

What has led you to your current role as the CEO and Co-Founder of Dremio?

Maybe we can start in 2009, it’s when I joined a company in the big data space called MapR, one of the Hadoop vendors. At the time we were just four people when I joined, these were the days when everybody was watching what Google had done internally, and it seemed like maybe that would be applicable to the enterprise. It was a time when no company out there was using this thing called Hadoop, so that’s when I joined the company with the goal of changing how companies can interact with data.

Tell us a bit about the context that led you to found Dremio.

Going back to that timeframe, the thinking was if we could create a single platform where companies could put all their data into one place, we now call a data lake, then magic would happen - anybody could access that data, anybody could do anything with that. The goal was always to create what we call data as a service, if you think about the last 20 years starting with Salesforce introducing software as a Service, and then Amazon introducing Infrastructure as a Service in 2006, and Microsoft shortly after; even Uber and Lyft are now providing transportation as a service, everything is becoming a service model on-demand. When it comes to data it’s an engineering project every single time. If I’m an analyst I’m really dependent today on an IT team, or on a data engineering team in order to do anything.

Of course, data engineers don’t like doing reactive work, doing one-off projects every time anyone else wants to do something. So, when I was at MapR in those early days, it seemed like if we could create that single platform, that data lake that all data could be dumped into, that would solve the problem, and would make it so that companies could become data driven. The reality was it didn’t quite materialize that way. As much as they tried there was still lot of data sources out there within the organization, whether it’s Oracle databases, SQL server databases, no SQL databases etc. that still had a lot of live and valuable data that needed to be analyzed, in addition to what had been loaded into the data lake.

The second problem was, the performance on top of these data lakes was just not there, it was way too slow and inefficient for say a BI user, someone using Tableau or Power BI from Microsoft, to be able to export and analyze that data. So, that didn’t really work out. Then the third problem was that it was really designed for engineers, so it was just too hard for the typical user to take advantage of these data lakes, and companies ended up building these really complex stacks and data infrastructure.

So that was the reason for starting Dremio, we thought the goal of having data as a service, that’s the holy grail of analytics.

Could you talk about what you had learned in the process of being there at the early stages of the Hadoop wave?

I think one of the things maybe we didn’t quite think about and appreciate back then was that getting the data into a place isn’t the end game, it has to be fast enough. So, even if you were able to get all the data into one place, if the ability to query that data is not fast enough, if every time you dragged the mouse and your BI tool it takes you 15 minutes or an hour to come back, then you can’t really export the data, and you can’t really analyze it on your own, and you’re back to, ‘I’m going to run a nightly battery port’, which is not what we want anymore. We ended up having to sell a lot of professional services, and help companies that didn’t have big engineering teams be successful. That was an inhibitor to the success.

Could you share a little bit of your vision of where you’d like to take the company, are there any partnerships, industries, or specific types of customers you guys are focused on working with?

We’re actually working across a very broad range of customers, which is one of the things that I really enjoy about the job, everything from tech companies like Microsoft and Intel, to the largest financial services firms, companies like UBS, all the way to the German Train Company. We’ve had a lot of success in a variety of verticals, financial services has been a very strong one for us, multiple areas there, but risk analysis for example is something that we see a lot, and we see a lot of use cases in supply chain as well. More broadly though, I think companies in all industries have got to a point where they realize they have to be data driven, that’s the primary asset that most companies have is their data, and if they don’t take advantage of that data then another company will come and do just that, their competitors.

When I think about the future, if you look at how our lives have changed from a consumer stand point, our personal lives, I have four kids, three in Elementary School right now, they talk to Google, they have this little Google home device in their bedrooms, they ask Google a question, they get an answer; yet I come to work and I have questions based on data, and it’s much harder to answer that question. So, our goal as a company is to create that same experience that we now have in our personal lives, to do that in terms of our experience with data, and data specifically in the workplace, in the business.

In the last couple of weeks we’ve seen Google has just paid $2.6 billion for Looker, and then four days later Salesforce paying almost $16 billion in stock for Tableau. I think it clearly underscores there’s economic value there, but it’s also a real priority. How does the consolidation impact on the way that you look at the market?

It’s interesting, both of those companies are very close partners of Dremio. A lot of our customers use Tableau and Looker, and I know the executives of those companies very well, so it’s cool to see. I think it’s great proof point in terms of how strategic data has become for companies, and obviously the buyers in these two cases recognize that. Both Tableau and Looker had products that were easy to use, and customers liked. That’s another thing I think is really important, and that we pay a lot of attention to as a software company, much like those companies is, how do you make something that was previously really-really difficult, how do you make that easy? I think that ends up driving a lot of adoption and creating a lot of value. 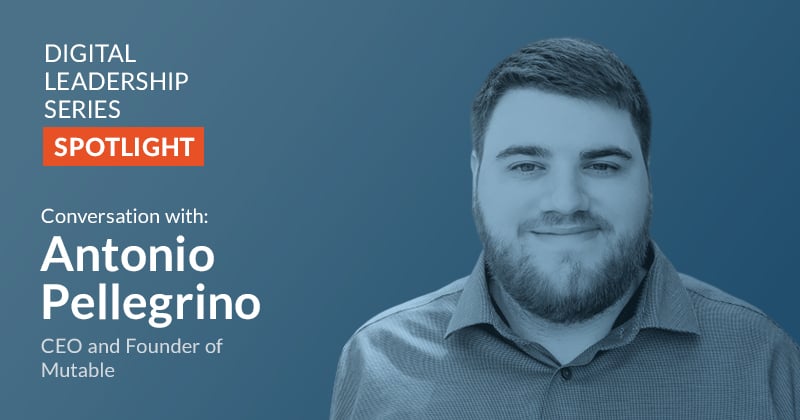