This series highlights the key insights and lessons from our Digital Leadership series of podcasts. We spotlight the important takeaways from our interviews in an accessible format. The following insights come from Francois Laborie, President North America for Cognite. Stay tuned for the full podcast interview with Francois, in the meantime, take a look at our full library of podcasts.

What brought you to your current role at Cognite?

I actually started working with industry and industrial players when I started my career, back in 2001 I joined Airbus Group which was called EADS at that time. Back then I was a computer scientist myself, I joined the research team and we worked very closely with the operations, and I knew nothing of aeronautics when I joined them, I had a pure computer science/computer vision background. That’s where I realized that there is so much opportunity working with heavy industrial players, because the complexity of the operation, the amount of people involved, and the processes involved can benefit from technology on multiple levels. So, that was an interesting start of the career, and I came back obviously when I joined Cognite through these first experiences.

So, back at Airbus they were building a massive plane, the A380, they were building it entirely virtually, so using CAD, using only digital systems, and that was extremely early on. There were no other programs that had been doing that, at least in Airbus and even globally, for the major aircraft manufacturers working together with the engineers in trying to support them there.

I also worked on the assembly lines. Airbus is a European plane and you could say it was a global plane already at that time, where you had parts of the plane that were coming from all over Europe, and they were being shipped, or freighted to Toulouse, and assembled there. We started playing as much as in the engineering side, digital mock-up and 3D models, sharing. Here it was really about giving the information to the user, the information they needed in order to know what they had to do, and in order to be aware of the context in which they were doing it. We deployed some of the first tablets on the field; they were pretty heavy things, and they didn’t have a very long battery, but the user appreciated this.

I moved to Norway and I joined this software company that was working with media exclusively. The media side on the distribution, there was a massive change ongoing when it comes to the on-demand revolution, and the change of distribution channel. We were working with all the major broadcasters around the world, most of the sports leaders around the world, and helping them on the production side, focusing on live production..

Our approach coming from Norway, which was very high cost but also a very progressive country when it comes to technology adoption, was to say we will empower the user to perform their full task. So, we’ll empower the journalist to be able to create, edit his piece, and the voice-over, and the graphics; or to enable the producer to produce the food show. What that meant was that you had a lot of intelligence in the software, you had great UIs that were brought up, and it was about efficiency, empowerment, and also of course overall allowing people to produce more content.

Could you tell me a little bit about what the Cognite’s mission is, what were some of the business problems that had attracted the founders to start up the company?

Indeed it is a bigger challenge. The customers we’ve worked with are the customers that are effectively keeping our world running, whether we’re talking about energy customers, which are both providing the fuel and keeping the lights on. People that work in transportation, customers that work in the manufacturing segments, so these are really-really a different scale of customers, and very often they’re hidden behind the scenes, but without them the world doesn’t run. I think that’s a fascinating challenge. So, the mission of Cognite is not just to liberate the data that they have, but also to effectively enable them to operate in a completely different fashion, and maybe I’ll take a few steps back there.

Cognite originates from the industry itself, so the founder of Cognite Dr. Lervik, worked very closely with Aker, which is one of the largest industrial conglomerates in Norway that has portfolio companies from fishing, to oil and gas, to energy, so they have a very wide portfolio of companies. They were profound believers in the ability of technology to transform the way they’re working, but they were also very frustrated by the fact that they were doing  great POCs, they were working with great companies, great partners, but at the end of the day having very little impact on the operations. So, they could see clearly that there was a disconnect, and I’m not talking about the traditional operating technologies, I’m talking about making use of the data, what people normally drop under these big terms of digitalization.

So, they were doing advanced analytics project, they were doing a lot of transformation proof of concept tests, but at the end of the day very little was impacting the day-to-day operation. When they started looking at the problem, they realized very quickly that there were a few factors preventing them of getting the impact that they should have on these initiatives. The first of them is that very often the POC were taking too much effort and time to get the right data, in order to give a result. The other issue was that they quickly realized that this was never going to be something that would solve on their own. The last realization was that again they were not software, they didn’t have software competencies to build something like a data platform, so they were very clear from the start that they wanted to product, they believed that the ability to extract this data, make sense of it so they could scale, was something that would benefit so many other actors in the industry that they were certain they would find a product to help them do that.

The other thing they found was a lot of people that were ready to sell services using technology but really bespoke solutions. They decided it was an opportunity, they were working with John Markus Lervik on some of these initiatives, and basically they said, ‘Well, if it doesn’t exist then we have to create it, because it’s certainly going to benefit the industry.

So we’re talking data and insights, but what’s the value? What type of use cases, what type of value are you creating for your customers? When you start looking at the usage of the data, we found three categories.

The first category is just actually giving to the people who need it. A lot of value in most of our customers that can be taken by just giving the right information to the right people. So, here you’re looking at displaying data, displaying whether that’s dashboard or that’s mobile data, or its 3D models, but getting them the data that is somewhere here locked into a system, and making it available for them. So, here we have a whole set of technology regarding real-time data display, and also real-time data consumption so that it can get accurate up-to-date data to visualize.

The second category is starting to use data, and feed it to a machine or an algorithm to increase our understanding of what is happening on the operation, and that can mean starting to give insights that are not necessarily perceivable, for example doing computer vision on equipment to be able to know what is happening right now.

The third category is going back to some other philosophical standpoints, it to allow for the data to be easily shared, so that you can create new insights. That’s extremely important, and extremely powerful, because what you do when you start being able to share the data is, you also impact the business model of our customers.

It did strike me, you are hitting on this powerful downstream effect of being able to empower companies with easy access to data from heterogeneous sources, in a way that what you just described is really profound; it’s business model changes, and complete rethinking of competitive dynamics too.

You’re right, it’s about moving all this concept that has been present in a lot of industry, to multi-operational parts, and the ‘dirty, greasy’ part of it where the production happens. That brings us to the technology, how do you empower this type of concept? And if you’re saying that you’re not just going to connect with IT type of infrastructure, and IT type of data which is very often table of data that is pretty well structured, but you say, ‘Well, I’m going to combine that with the operational data, which can come from sensors and control systems, from cameras, from diagrams that are done from the outset, they’ve been printed somewhere, and no machine can understand them like that.

So, that becomes a very interesting technology problem, where you have to apply extractors, and work very closely on the security side to get access to that data. As you can imagine, security is paramount for these players, some of them are maybe not driving the full infrastructure of a country, of generating most of the income for some of the countries that they operate in. There’s a lot of work being done on the Edge for data extraction, I think there’s still quite a lot to be done and developed there.

The second element of it is  where we look at what we call contextualization, which is effectively fusing the data together, so you can start asking questions here, ‘I’m interested in that compressor, tell me everything you know about it, what is it connected to; what are the sensors; what happened to it; what type of insight you already know from it in the future?' And to do that, that’s where you need to use a range of technologies, some of them will be based on machine learning; trying to understand and find patterns that allow you to understand the data that you’re manipulating, and what it is associated to.

But you also want to involve and crowdsource all of these insights to users, so that they can help you understanding some of it, you learn from them and you start creating rules from them. You also combine that with computer vision to for example analyze printed out documents, so a layout document for example, where you’re going to analyze it, understand what it means, and be able to represent it in a way that can later be queried by a machine. So, the machine by itself can have an algorithm saying, ‘Show me two steps downstream’, or, ‘Two steps upstream’, or, ‘Show me all the pieces that are connected between this equipment and that equipment, show me anything in the middle’. 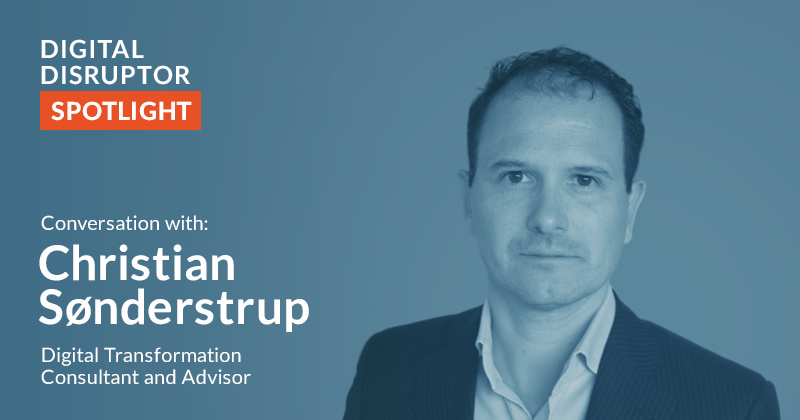 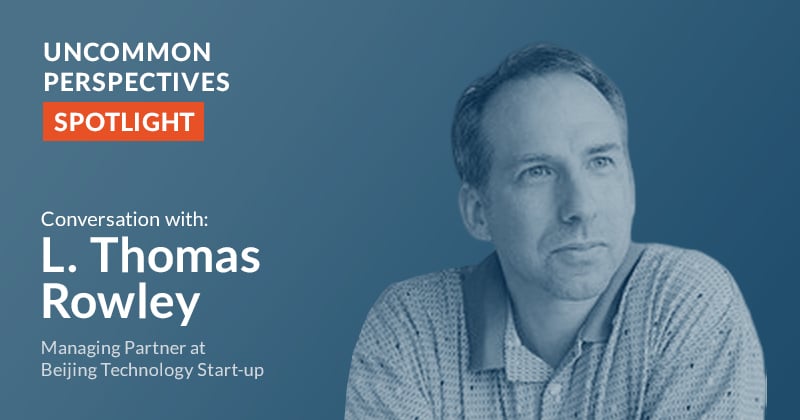